Efficient catalysts for the plasma-assisted Dry Reforming of Methane 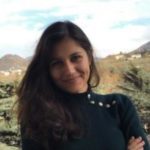 The increasing growth in prosperity, industrialization and globalization are leading to an unsustainable demand for energy and natural resources worldwide, together with a surge in the levels of greenhouse gases (GHGs) in our atmosphere. GHGs are a major driver of climate change. A report of the World Meteorological Organization (WMO) states that in 2018 GHGs mole fractions reached new highs, with globally averaged values of 407.8 ± 0.1 ppm for CO2 and 1869 ± 2 ppb for CH4, which respectively make for 147% and 259% of pre-industrial levels [1]. Another important report [2] of the Intergovernmental Panel for Climate Change (IPCC) warns that, to limit global warming to 1.5 °C above pre-industrial levels, net zero CO2 emissions must be reached by 2050 and concurrent deep reductions need to be met in emissions of non-CO2 forcers, particularly methane.
These challenges have been addressed on the one hand by investing in renewable energies and in reducing the carbon footprint of many industrial processes. On the other hand, these undesired gases can be seen as a potential chemical feedstock that can be converted into economically and energetically valuable chemicals and fuels. In this context, catalysis plays a central role, being at the heart of the chemicals and petroleum industries. In fact, over 90% of chemicals and fuels is produced involving heterogeneous catalysts.
A notable example is the dry reforming of methane reaction (DRM), in which CO2 and CH4 are converted into syngas (a precursor of many value-added chemicals), with the possibility of directly forming higher hydrocarbons. This process is usually thermally-driven with the intermediation of a catalyst, and has been proposed as the most cost-effective method for CO2 conversion [3]. However, DRM is a highly endothermic process, requiring high temperatures to activate (800 – 1200 K), and the catalysts usually suffer from rapid deactivation, due to coke formation and deposition.
Non-thermal plasmas are highly reactive environments obtained by partially ionizing a gas, which promise to be a cornucopia of wonders. For instance, plasma-driven reactions can occur near room temperature, overcoming the kinetic and thermodynamic limitations of the thermal equilibrium condition, or promote other reaction pathways, which are otherwise could be rate-limited.
In my research project, I try to join the forces of plasma chemistry and catalysis, combining the advantages of the two, by studying an efficient catalyst for the plasma-catalytic DRM.

This project has received funding from the European Union’s Horizon 2020 research and innovation programme under the Marie Skłodowska-Curie grant agreement No.  813393.