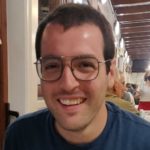 Space economy is moving towards the use of smaller and smaller satellites that can be easily deployed creating large constellations uniformly distributed all around earth, however mass and power constraints imposed by the reduced sizes of these objects require new and more efficient propulsion systems.
Laser ablation propulsion exploits the ejection of small masses with very high velocities from a material irradiated by a high power pulsed laser to generate impulse, exploiting momentum conservation.
This laser generated impulse can be measured by means of a specifically designed ballistic pendulum that operates in vacuum conditions. By exploiting this self-made apparatus propulsion performances of both metals and polymers can be tested, in order to design new and more efficient materials for laser ablation propulsion.